Our adventure into scripting continues with more tests, if statements, input and functions; we also do calculations from within BASH. First, let's look into filename manipulation, since this seems to be one of the most popular things needed in beginner scripts. As a bonus for making it through a lot of theory, we have another example of BASH programming in the form of a game.

The first script people usually write are to handle lots of file manipulation. Having to do simple tasks again and again, such as conversions, gets boring real quick. It's only natural that even the most script-averse people try to automate this after a while. Usually, this involves storing the result to the same filename but with a different extension, for example converting file001.png to file001.jpg then, file002, file003 and so on.

So what can BASH do here?

If you open the bash manual, with man bash, somewhere in the nearly 6000 lines of the manual, equal to 35 parts of the BASH series you are reading now, you will find a section about 'Parameter Substitution'. I will save you from scrolling through all this and give you a helpful trick to handle long man pages:

This jumps directly to the section you are looking for, if you remember the right keywords. Let's sum up our findings here, since the man page is even drier than my article and so terse that you have to read it several times for full impact. The variable writing convention $foo is a shorthand, the full version is ${foo} which is also a short version, of ${foo:operators}. What does this mean? Let's look at some of these constructs, and then follow up with examples. There are two operators inside the curly braces, the # and the % operator. They can be used as single characters or in pairs. The resulting combinations are

The difference between "shortest" and "longest" only applies if you are using a shell wild card * in your pattern, for something like jpg, they are identical. Now we need a few examples to understand how this works. Since learning by doing is always best, you can experiment with the echo command and several shell variables yourself. If you want to follow the example, make a path /tmp/odroid with mkdir -p /tmp/odroid, followed by touch /tmp/odroid/photos.zip to generate an empty file for your experiment. It's not needed if you follow line-by-line, but for your own experiment, it's better to have something which you can manipulate. Here are the results: If we have the variable

Tests and if statements

To look into tests and if statements in more detail, we want to have an example script with all the basic blocks which can occur, as shown below:

The snippet above could be part of such a script. There's also if - elif - else or short for 'else if' statements, case statements, or the option of multiple tests with AND or OR conditions with the operators && for AND and || for OR, but this is beyond the scope of this article. The square brackets, [ ], in the if statement above is a reference to the command test. All the operators that test allows may be used here as well. Look up the man page for test to see all the possible operators; some of the more common ones are listed below.

For BASH input, if you want to have an interactive script, you can use ‘read’ to read the variable from the user input. Simple script example, greeting.sh:

Since the quote has a special meaning for BASH, it gets escaped via the backslash. read -p and read -sp can be used to prompt and be silent, which means not to echo the typed input: stores the username in $user and the password in $pass, without showing it. If the user enters several words when prompted, read varx vary varz would store three words in the three different variables. If more than three words were given, the last variable stores the remaining input. Here are some special variables which you can use in your scripts:

These should be pretty simple, with $0 needing a little more detail: With this, you can have your script act differently depending on which name you used for it, for example, compressing and decompressing files. A full list of pre-defined variables which you can use is available if you type ‘env’ on the command line.

With this, there are now 3 methods of passing data to a BASH script, and which method is best depends on the situation:

We used quotes now sometimes without explaining what they are good for. Since BASH uses a space to separate items, device=Odroid XU4; echo $device gives an error message that 'XU4' cannot be found, because the variable content is just 'Odroid' and BASH tries to execute 'XU4'. If you want a variable with spaces, you need to use quotes. Text in quotes indicates to BASH that the contents should be considered as a single item. You may use single quotes ' or double quotes ". Depending on what you want to do, either one is important:

You can also use command substitution to have a variable filled with the evaluation of command(s) - foo=$(ls /etc | wc -l); echo There are $foo entries in /etc. shows how many configuration entries are in your /etc directory.

If you want to have variables available for other scripts, you need to export them. export foo makes $foo available for following scripts, but if they change $foo, this has no impact on the exporting script. Think of it as making a copy and handing it out.

Let's cover calculations in BASH briefly. It's enough to know that $((...)) evaluates the term in the double brackets. So, if you want to know quickly how many seconds a year has, type:

Another game as a reward for making it through all the theoretical BASH aspects, in around 350 lines of BASH script, is the game 2048. You can play it with the cursor keys, link to the script in the references. download it with wget.

This was a lot of exciting information, in the next part we take a break from the theory and look at an interesting command line applications and useful BASH scripts. Also a little more (only a little!) about scripting with loops and functions. 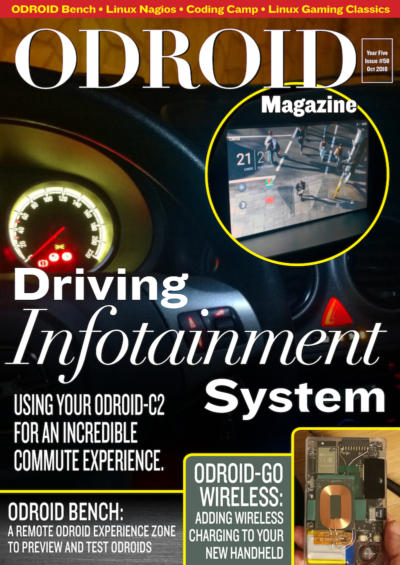