The PC-Engine, or TurboGrafx-16 as it is called in the United States, was the first 16 bit console  ▶

With this article, we’ve reached the end of the PC-Engine / Turbografx series, which I admit went on much longer than I anticipated. It also was a lot more interesting than I thought it would be. Let’s see what this final installment will bring, and if the series of famous  ▶

In the last part of the series, I played some really great fighting games as well as some of the great shoot ‘em ups that the console is known for. It was a mixed bag of games, but there were only a few I really didn’t enjoy playing. Overall, the system up until now has many, many games that I very much enjoyed, and only a few spoiled apples in it that I didn’t like at all. I found many interesting games are only available in Japanese, which was expected, but is also sad as I’m missing out on some great games.  ▶

I knew the system had some really good games, but I was really surprised how many games I enjoyed playing.  ▶

In the previous installment of this series, I was able to play a very good mixture of different genres. I found some shooting games I liked, one of my all time favorite adventure games, and even the one sports game I liked on the Nintendo Entertainment System (NES) ported with  ▶

I have really enjoyed trying out all these games for the PC-Engine / TurboGrafx CD.  ▶ 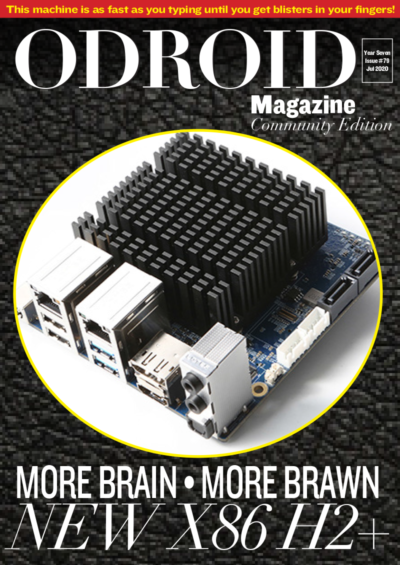 This guide will show you how to download and compile the Android kernel for ODROID-XU3/XU4.  ▶

Bitcoin is a native digital currency for the internet age. It could be considered just another international currency, but one without a native country so it defies borders, trade policies, and arbitrary inflation. In the 2008 whitepaper (https://bitcoin.org/bitcoin.pdf) by the pseudonymous Satoshi Nakamoto it is described as “...a purely peer-to-peer  ▶

The first is to stream audio via Bluetooth A2DP from an iPhone to an ODROID-XU4, and the second is to use the ODROID-XU4 as an HFP Handsfree Unit for the iPhone during calls.  ▶

The OGST Gaming Console Kit for the ODROID-XU4 kit allows you to build your own gaming console with a powerful ODROID-XU4 or ODROID-XU4Q. Its attractive design includes a fancy 2.4” LCD to show programmable game logo animations, and is specifically designed to work with the popular ODROID GameStation Turbo disk image. The Gaming Console Kit is available at the Hardkernel store for USD$24, and pairs well with the new GameSir G3w USB Controller Joystick. The ODROID-XU4 or XU4Q, microSD card or eMMC module, 5V/4A PSU and USB game controller/joystick are not included.  ▶

Build Your Own Home Server: Storing A Large Amount Of Multimedia Files

How to build a network attached storage (NAS) at home to automate backup of smartphone data, manage and share data on the internet, stream videos, download and manage Torrents on a smartphone, or host a personal blog.  ▶