I would be remiss if I didn’t at least mention Google Stadia. This is a streaming game service that promises to breathe new life into your ODROID-XU4 gaming experience—even the lower-powered ODROID-C1 should, in theory, benefit from this Google service.

What the heck is Google Stadia? Simply put, as announced at Google Developer Conference 2019, Google Stadia is a cloud-based streaming gaming system that will enable anyone to play any game on any device at any time. Likewise, when this system is used in conjunction with Google’s YouTube network, you’ll be able to go from watching a game trailer to playing that game in just a matter of minutes.

Aimed at big-budget AAA games, Google Stadia promises to revolutionize today’s gaming industry. In fact, during an April Alphabet financial earnings telephone conference, Google boss Sundar Pichai stated that big-name game producers have “...genuine excitement, because I think they see the opportunity for a shift, a point of inflection, but they realized the technical challenge of pulling something like this off. But once they get their hands on the technology and then they see the experience, I think that really wins people over.”

On paper, the promise of Stadia sounds almost too good to be true: game where you want, when you want; play instantly—no software updates, drivers, or installers; game in 4K HDR at 60 frames per second (fps); and there is a built-in upgrade roadmap that will be maintained by Google. However, there is one gigantic gotcha (and you knew that there would be one, didn’t you?). In order to utilize Stadia on your device(s), you will need a high-bandwidth, rock-solid Internet connection. And for many users, good luck with seeing that kind of performance throughout game play.

You can watch the Google Stadia infomercial, aptly named ‘The Future of Gaming from Google,’ here:

During this Alphabet financial conference call, neither the cost nor the starting date were revealed. According to Mr. Pichai, “With Stadia, you will be able to play advanced AAA games on any type of screen instantly, without ever needing to download the game or install updates. The reception from gamers in the industry has been incredible and we look forward to sharing more when it launches later this year.”

This vagueness was addressed more directly by Google VP Phil Harrison, stating that “two more events” would be scheduled by Google in order to provide all of the “meat and potatoes” info for gamers prior to the launch of Stadia.

As we mentioned last month, the official release of Elder Scrolls: Blades from Bethesda is getting closer to becoming a reality. This month we all received an Easter present: an early-access Beta release that can now be played by anyone. There’s just the trivial matter of signing up for early access, then you’ll be catapulted into battle. Just follow this link to learn more about this landmark game: 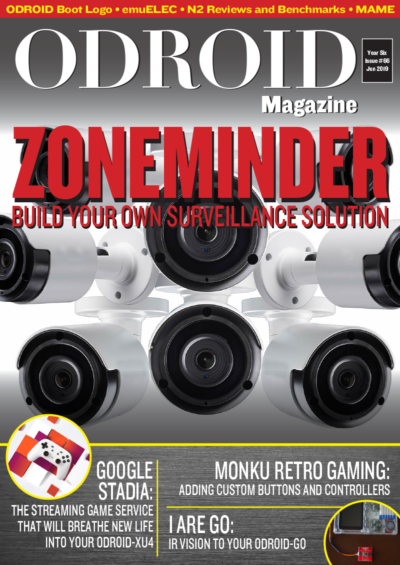