While the Raspberry Pi is a popular single-board computer (SBC), the ODROID-XU4 is a solid competitor. Maintaining a small form factor, the ODROID-XU4 packs quite a performance punch. Powerful yet energy-efficient, with an ARM big.LITTLE processor, the ODROID-XU4 features the Samsung Exynos Cortex-A15 2GHz and Cortex-A7 octa-core CPUs. There's a Mali-T628 GPU with OpenGL ES 3.1 and OpenCL 1.2 capabilities. Onboard, 2GB of LPDDR3 RAM makes multitasking a breeze.

Among the best uses for an ODROID-XU4 is as a media server. Because of its tiny footprint yet beefy specs, the ODROID-XU4 sips power while handling network-attached storage (NAS) processes like a champ. From Plex and Emby to Owncloud and OpenMediaVault, these are the best ODROID-XU4 media server software options!

Most users will likely install a Linux operating system such as Ubuntu or Debian. Then, within the host operating system, you can install NAS services. DietPi is a top choice, as well, with a tiny footprint and modular installation that allows you to easily download media server, and file server, programs. Alternatively, you might prefer a standalone server image. Regardless, the ODROID-XU4 offers an economical means of creating a powerful, energy-efficient NAS. The CloudShell 2 NAS kit even allows for the installation of up to two 3.5" hard drives, and runs SPAN, RAID0, RAID1, and JBOD.

If you choose a case without hard drive connections built-in, you'll need to decide how you want to store your media. Luckily, with its USB 3.0 ports, the ODROID-XU4 can read media from connected drives quickly. If you've got a networked media drive, you could install server software on the ODROID-XU4 and simply connect to a Samba share or other networked file storage device. For hooking up drives directly to the ODROID-XU4, you might need a more powerful power supply such as a 5V/6A PSU.

Plex remains one of the best media server apps available, and an ODROID-XU4 Plex media server works extremely well. Something of a do-it-yourself (DIY) Netflix, Plex allows you to host your personal media collection such as movies, TV shows, music, and even photos on a server. Then, you can access your entire repository of films, TV, and audio files on compatible Plex clients. Once you've loaded up your libraries, Plex will scan your files and download metadata and box art if available.

When Plex began, it focused mostly on organizing personal media files. And while that's still its core focus, Plex adopted a slew of cord-cutting features such as free, ad-supported movies and TV shows, podcast and Tidal integration, plus live TV and DVR functionality. Since it's incredibly easy to install and set up, Plex is a superb server program for beginners. Still, power users can dig into its vast array of customization settings. An ODROID-XU4 Plex server install is incredibly easy to cobble together. I've found an ODROID-XU4 Plex server simple to create, and functional for in-home streaming to over five clients.

Likewise, Emby runs smoothly as an ODROID-XU4 media server. Similar to Plex, Emby is an all-in-one server software app that organizes your personal media collection into a lush interface with metadata and box art. However, Emby is best suited to power users. Although beginners can, and should, try Emby, its slate of customization options makes it a solid choice for advanced users.

Admittedly, Emby's setup process isn't difficult, but additional options such as enabling chapter image extraction makes it slightly more complicated than Plex's straightforward configuration. Moreover, ample settings to tweak and even the ability to implement your own CSS in its web app makes Emby a true home server enthusiast's dream. When using the ODROID-XU4 as a server, Emby quickly sorts your media files into various categories, allowing you to stream to your Emby client devices.

For streaming media to various clients such as phones, tablets, and set-top boxes, Serviio is a neat pick. You can access a slew of video and audio files. Plus, Serviio allows you to stream content from RSS feeds and web pages. It can handle subtitles, tons of playlist formats, and even boasts RAW camera image support. There's integration with the likes of Trakt.tv, and even an Alexa skill. Serviio is super easy to install on the ODROID-XU4, requiring little more than a Java JDK installation, then downloading the actual program.

If you want to spin up an ODROID-XU4 NAS server, OwnCloud is a great choice. Whereas the likes of Emby and Plex are dedicated media server solutions, OwnCloud is a general file server suite. As such, it's more akin to a DIY Dropbox. Nevertheless, its available video and audio player apps allow media playback. One of the best solutions is using the WebDAV protocol. Kodi even features a WebDAV plugin. OwnCloud lacks the multimedia frontend found in dedicated media server suites, but it's a great option for a combo media and file server.

Rather than simply installing an operating system and then running media server apps, you might prefer an ODROID-XU4 server image such as OpenMediaVault (OMV). OMV lets you quickly spin up a full-fledged NAS, and, therefore, utilize your ODROID-XU4 as a server. This Debian-based Linux distribution (distro) provides a modular installation. Once you've booted into OpenMediaVault, you've got access to a smorgasbord of utilities such as BitTorrent clients, SSH, SFTP, SMB, DAAP media server, RSync, and more. Plus, there's a massive plugin repository including plugins for Plex and Emby. If you're looking for a comprehensive server image to run on the ODROID-XU4, OpenMediaVault is a top contender.

Similar to OwnCloud, NextCloud offers nearly the exact same feature set. However, while OwnCloud touts open-source and enterprise tiers, NextCloud uses the exact same code for both free and paid tiers. Despite its onus on file serving, you can use NextCloud as a media server. Since NextCloud includes WebDAV support, you may even use the WebDAV plugin for Kodi to access your media in the Kodi media centre front end.

The ODROID-XU4 is one of the best maker boards on the market. Coupled with the right software, it makes an affordable, energy-sipping NAS device. Plex, Emby, and Serviio are excellent media-first server solutions, while NextCloud and OwnCloud add file server functionality. Alternatively, you could install a dedicated media server app like Plex as well as a DIY file server program such as NextCloud and run them side-by-side. OpenMediaVault is a superb full-fledged media server image. A do-it-yourself media server with the ODROID-XU4 is a simple yet functional project which maximizes the capabilities of this nifty SBC. 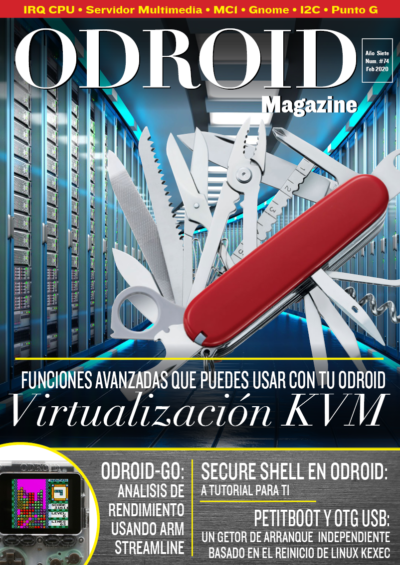