Whoa, Spring has sprung! While our thoughts and activities switch to outdoor activities, the occasional thunderstorm enables use to retreat indoors for some wholesome Android gaming. Luckily, there are a lot of major game developers who are getting ready to make this upcoming Summer the “Summer of Blockbuster Games.”

You’d be forgiven if you hadn’t noticed the debut of Langrisser. We almost missed it, too! Yes, this is the same tactical RPG Langrisser series, but it’s been all dressed up for a mobile Android experience. While it is free, you will be greeted with the typical in-app purchasing advertisements that form the backbone of these types of “free” games.

Thank goodness, Zilong Game Limited, has included some nice extras inside the game to compensate for these cash-thirsty annoyances. For example, a mature musical score backed up by full-feature cut scenes, and over 300 classic levels from throughout the lifetime of the complete series, enable Langrisser to pique your gaming interests, see Figure 1.

Android aficionados have been patiently waiting for this game for well over one year. But the wait might finally be over and, by the looks of it, the wait could’ve been worth it. The Elder Scrolls: Blades by developer Bethesda Game Studios, aka, Bethesda Softworks, must be getting very close to release. Why? You can now reserve a spot on the Google Play Store for receiving a notification when this blockbuster goes live. But to hold you over until The Elder Scrolls: Blades hits the limelight, the developer has released some select screen grabs that provide you with some visual treats.

As you can see in this screen capture, the lighting and shadow effects are stunning. In order to accurately capture this quality during playtime, however, you’d better opt for an ODROID-XU4 as your gaming vehicle of choice. The Elder Scrolls: Blades should be a free download accompanied by the now requisite in-app purchases.

Are you knowledgeable about games getting a marketplace foothold via crowdfunding Websites? Well, more and more developers are turning to this financial model for supporting the development and release of games. Some games make it through the fundraising process, but most games do not. So when Hamsterdam raised over $30,000, it should be only be a matter of time before this game hits the Play Store.

In Hamsterdam, you play a cute little, err, ahh, hamster (duh!) named Pimm. Pimm’s goal is to rid Hamsterdam of gangs, as seen in Figure 3, and locate the beloved grandpa Pimm. Sounds pretty easy, right? Well, the gangs have also polluted the minds of the populace with a drug and searching for the elder Pimm gets real complicated, real fast. You can get a quick impression of Hamsterdam from this trailer:

One of the more popular racing games on Xbox One is Project Cars. With additional console success on PS4 and inside the PC market, it was only a matter of time before Project Cars would steer into the Android parking lot.

Now named, Project Cars Go, this console port version will include new cars along with user customization. Having sold over 2 million copies of the console versions, this mobile model could quickly become the leader of the Android auto game pack.

Development of Project Cars Go is a joint venture between Gamevil and Slightly Mad Studios. While the official release date is sorta murky now, at least they have a “logo,” seen in Figure 4, we think early Summer might see Project Cars Go hit the streets. You can follow along on this game’s developments straight from the CEO’s mouth:

How-to Become Your Own Game Dev

Do you have a hankering to create your own Android game? Would you like to distribute your game to the masses without all of the Play Store hassle? Well the same developer who brought you Crashlands, Butterscotch Shenanigans, is about to give you your moment in game fame.

Levelhead is just like your typical 2D platform game, in fact, you can just play this game as a “game” if you’d like, but with one big difference: you can build your own levels and publish your new game challenge for everyone to enjoy. Levelhead comes packed with all of your typical game features (e.g., villians, power-ups, paths, etc.) that you can arrange and control. When your new version of Levelhead is ready, you can release it to the world. And by world...we mean WORLD! You see Levelhead is a cross-platform game builder that enables your game levels to be used by consoles, PC only, as well as that “other” mobile game platform. Check it out: 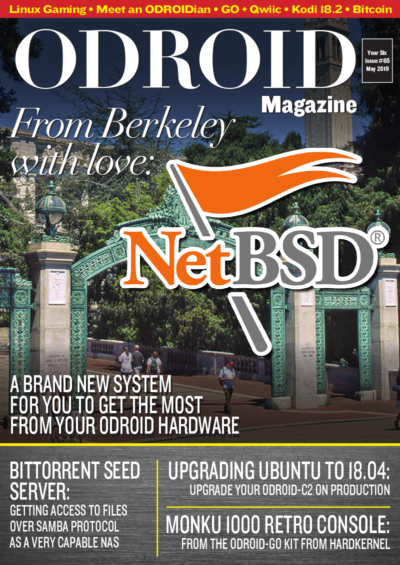