Well that was special, wasn’t it? If you’re one of the thousands of Google Stadia Founder’s Edition subscribers, then you know exactly how Google dropped the ball on launch day. This official Google Stadia Tweet pretty much sums up the entire mess:

“Here’s the latest update: If you ordered and paid for Founder’s Edition, you should now have your Stadia access code. Pre-orders and access codes for Premiere Edition will start shipping early next week. Thanks for sticking with us!”

On the surface, that sounds innocuous enough, but this Tweet was issued three days after launch day. As you probably have now learned, or might have guessed from reading this article’s title, a huge swath of early Stadia adopters were left holding the streaming game service bag with no games to stream. Sure everything eventually worked out, but this wasn’t the only hiccup to mar Google’s attempt at “providing AAA gaming on any device, any time, anywhere.”

In another Tweet (later deleted) from the official Google Stadia there was a claim that the upcoming AAA thriller, Red Dead Redemption 2, would run at 4K quality. Likewise, Google Stadia head honcho, Phil Harrison has stated in previous comments to this column, that ALL games would be running in 4K quality at 60 fps. The only catch here is that at least two game developers (Destiny 2 and Red Dead Redemption 2) have clearly and explicitly stated that their titles do NOT run at those specifications. In fact, these two titles are actually upscaled to mimic 4K at 60fps.

While this isn’t a smoking gun for conspiracy mongers to embrace, it does clearly indicate how this type of technology is in its infancy and, as such, there will be some growing pangs and hiccups along the path to a viable streaming gaming service that truly works on any device, any time, and anywhere.

If you’re looking for an alternative to streamed 4K, 60 fps gaming, then how about some retro-like arcade-like gaming? Sponsored by the online GIF search engine website, Giphy, a new game service features short, micro-sized versions of some arcade classics. For example, a Giphy version of Asteroids (called “Blast 20 Asteroids” inside the “Gimme Space” Featured Playlist) accompanied by music and sound effects can be played inside most browsers on any web-connected device.

Called Giphy Arcade, the game-play on this new service is ridiculously short and the graphics are heavily influenced by GIFs and emojis. For example, returning to the previously mentioned “Blast 20 Asteroids” game, the movable laser-firing cannon found in Asteroids is replaced by a spacewalking astronaut GIF with a laser-firing fist.

Once you get tired of playing these playlist-featured games, you can try your hand at making your own game. More like a mashup of GIFs, music, emojis, and templates, these handmade masterpieces can be played and shared with other Giphy visitors. Currently, the options for game making are a little rough around the edges, but you can get in on the ground floor of retro-like, arcade-like gaming right now and become a “rockstar” in Giphy Arcade gaming.

Anyone who follows retro-gaming, gaming emulators, and handheld gaming devices knows the name ETA Prime. Operating as a major gaming presence on YouTube and with over 350K subscribers, ETA Prime is also one of the most prolific video publishers on YouTube with multiple uploads every week.

Suffice it to say, that when ETA Prime publishes a video, a LOT of people pay attention. This was the case in mid-November when a video titled, “What’s the Best Single Board Computer for Android” appeared on his channel.

Although the video’s title mentioned “… for Android,” this is ETA Prime-speak for generalized “Android Gaming” or more specifically, Android multimedia consumption—a one-stop video, movie, and gaming marketplace operating under the guise of Android.

During the course of this video, ETA Prime compares 12 different single board computers (SBCs). Each of these models are powerful contemporary SBCs that are popular with today’s hobbyists, system designers, and industrial-grade researchers. Watching the 7 minute 33 second video is a great high-level summary of the current state of SBCs. There are a total of 12 SBCs that ETA Prime highlights and each one is topnotch in its specifications and performance.

The excitement mounts as the video nears its midway point, where at about the 3 minute 38 second mark, the “2019, best board for running Android” is announced. And that SBC is the ODROID-N2. In his typical and methodical fashion, ETA Prime then devotes the remainder of the video to supporting his claim with benchmarks, third-party OS releases, and game testing.

Therefore, if you’re looking for an Android SBC look no further than the ODROID-N2. 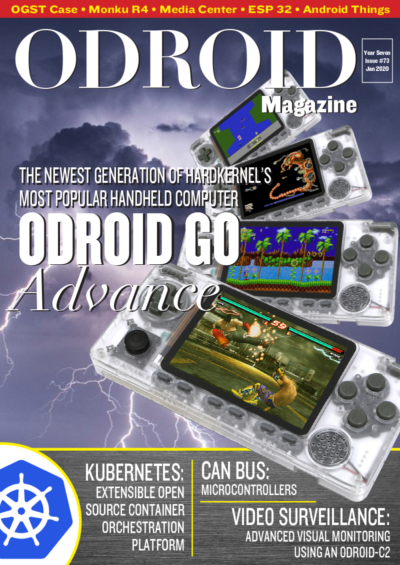