Based on the game releases announced at gamescom 2019, the future for Android gaming is very bright. As you’ll recall, gamescom, organized by Koelnmesse and game – the German Games Industry Association, is the self-proclaimed ‘world's largest trade fair and event highlight for interactive games and entertainment’. This year it was held in Cologne, Germany between August 20 and August 24, 2019. There were games, video highlights, attendants in cosplay, and something big, very big. That “something” was Sony.

Other than the raft of future game titles that were announced, the absolutely biggest eyebrow-raising occurrence had to be Sony Interactive Entertainment winning the coveted Best of gamescom award for its creation of the sandbox game, Dreams. You’ll remember that Sony was a glaring “no-show” at E3 Expo 2019. That snub of the Los Angeles event didn’t stop them from hogging Hall 7 in Cologne and walking away with a fist-full of awards including the mentioned “Best of gamescom” along with “Best VR/AR Game” (Marvel’s Iron Man), “Best Family Game” (Concrete Genie), “Most Original Game” (Dreams, again!), and “Best Sony PlayStation 4 Game” (you guessed it, Dreams).

Sony wasn’t the only big news at gamescom, there was also that little bit of news about Android gaming. Actually, this news isn’t truly about Android games, per se, it’s ALL about Google Stadia! Stadia is for Android as well as iOS, PC Windows, MacOS, and, can you believe it, Linux. If your platform of choice has Google Chrome or Chromium, then you can be a player. YAY!

Costing $9.99 per month, Stadia Pro,i.e., the version included in the $129 Founder’s Edition AND including regular FREE game releases, is scheduled for launch in November of this year. According to a little rumor I heard, Google Stadia will come in a FREE version (no monthly fee) sometime in 2020. There are no FREE games, however this version is limited to 1080p.

So what games can we expect from Google Stadia? At gamescom, a complete roster of titles was released. Here is a large snippet from that long, long roster:

If you’re like me, I’m sure that you are now saying, ‘November can’t get here fast enough.’ And, ‘where’s my Founder’s Edition subscription?’

Just as this issue was going into production, two news items landed on my desk. First, in honor of the id Software 25th anniversary of the release of DOOM (in 1993), Bethesda has launched both DOOM and DOOM II on Google Play for $4.99 each. My how times change, right? Remember back at the time of the 20th anniversary, the DOOM app release was FREE!

Second, Nintendo just announced that Mario Kart Tour will debut for Android on September 25. That’s right; this title was “supposed” to launch in March 2019. After some reworking of the code, however, this mobile edition should finally be release-worthy by the time you read this article.

Some of you will no doubt be shocked to learn that Mario Kart Tour will be a FREE app download. But don’t hold your breath too long, the game will be supported through in-game purchases or microtransactions. It remains to be seen how well this payment system will coexist with the game’s play mechanics. 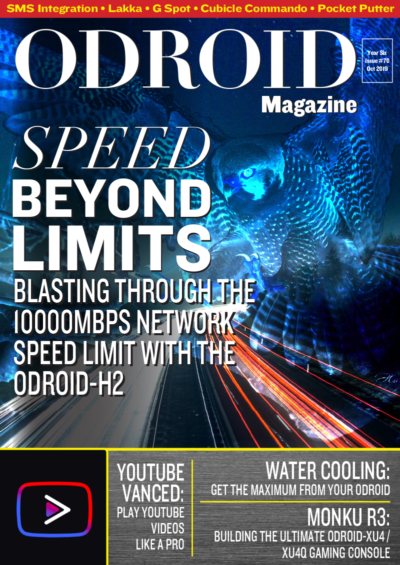