I recently came across a post on the ODROID subreddit which featured an article offering tweaking tips for the ODROID-XU4. The article was originally written in German and was later translated into English and published in ODROID Magazine. As a long time owner of an ODROID-XU4, most of the tips were not new to me since they’ve existed on the ODROID forums for quite some time now. However, there was this one tip I was not aware of and it caught my attention, and not in a good way.

IRQs (Interrupt Requests) allow the hardware to access the CPU even when it’s busy doing something else. So our keyboards, mice, and networking, for example, won’t stop working if we’re maxing out our CPU.

Anyone who has used computers for enough time knows this phenomenon where the mouse and keyboard stutter, lag or become unresponsive for some time when the CPU is doing an intensive task. This was way more common on early computers and has become less common as CPUs have become more powerful, operating systems have evolved, and APIC architecture was introduced.

To get the absolute best performance out of hardware peripherals on a multi-core system we need to make sure we’re addressing IRQs to the most idle core, increasing the chances they’re going to be executed immediately. On systems with Arm big.LITTLE chipsets (such as the ODROID-XU4) we’re more likely to get the best responsiveness for IRQs out of the “big” cores. This makes perfect sense.

To get a list of IRQs and their CPU affinities we can simply peak inside /proc/interrupts. This is how it looks on my ODROID-XU4 running Arch Linux ARM with kernel v4.14.157: Note: The output is quite long so I’ll use head to trim it.

In the above output we have IRQs #49-57 which seem like the system clock ticks. One for each of the 8 cores. Basically, each IRQ has its own ID and is bound to a single CPU.

The last statement may be hard to understand from the last example, so let’s take a look at how MMC and SD-Card reader interrupts look:

Note: I know that dw-mci are interrupts for the I/O devices simply from looking at the source code (https://github.com/hardkernel/linux/blob/odroidxu4-4.14.y/drivers/mmc/host/dw_mmc-exynos.c).

IRQ #83 is for eMMC, which I don’t have, and IRQ #84 is for the MicroSD card which is obviously installed.

By default, all non-CPU-clock IRQs are bound to all cores but in reality CPU0 will be used most of the time since it’s simply the first one. In my kernel version on the ODROID-XU4, CPU0 is one of the “little” cores. The easiest way to confirm that is by looking at the max CPU frequency of each core, since the “little” ones are running at a slower speed:

First 4 CPUs (=cores) are running at 1.5GHz and the last ones at 2GHz, which matches the ODROID-XU4’s Samsung Exynos5422 CPU speeds, my “big” cores are running 100MHz slower.

It’s quite easy to change the CPU affinity of IRQs. All IRQs are listed in /proc/irq/ and each one’s affinity is conveniently written inside smp_affinity and smp_affinity_list with the former containing a hexadecimal value and the latter a decimal value.

So, to change our MicroSD card’s IRQ CPU affinity all we have to do it change the value of /proc/irq/84/smp_affinity_list to whatever CPU number we’d like, for example, 5. Of course, we cannot do that as a normal user so we’ll have to use sudo. The easiest way to do that is as follows:

And we can confirm that it worked: Note: This value will not stick after boot, but this is the general idea.

Going back to where we started, the article suggested doing exactly what I wrote above, so why was I unsatisfied with it? The article’s usage of irqbalance. Putting aside the poor choice of using /etc/rc.local for applying this tweak, the first step was the one that caught my attention the most:

There’s a dedicated program that its whole purpose is doing IRQ balancing and we’re going ahead and disabling it? Sounds extremely fishy.

What I immediately thought was that maybe irqbalance did not allow limiting its assignments to specific CPUs, and therefore disabling it would make sense. However that was not the case. Looking at the man page of irqbalance, there’s an environment variable:

which can tell the program to avoid assigning IRQs to those CPUs; which is exactly what we want.

The value of this environment variable is a hexadecimal mask. We simply need to say which CPUs we want active and which we don’t. Each CPU is either on or off (=1 or 0) and in our case we want to turn off the first four and leave the last ones on. That means our mask in binary would be:

The value must be hexadecimal, which is a fairly easy conversion from binary in this case: 0F.

All we have to do now is to set our environment variable to 0F (or just F since the leading 0 has no meaning). Let’s test that to make sure we’ve gotten the math right:

To set this environment variable so the systemd unit will be able to access it, we need to inspect it:

There we look for EnvironmentFile value which could be anything depending on the operating system. On Ubuntu 18.04, it’s /etc/default/irqbalance and on my Arch system it’s /etc/irqbalance.env. There’s probably already a template file there and all we have to do is make sure it’s uncommented and set with the right value.

The “tip” instructs putting each line that corresponds to a different hardware controller’s IRQ ID. However, IRQ IDs are not consistent and depend on the kernel version. For example, on my system IRQs IDs #103-105 map to some gpio pins:

Binding each interrupt to a single CPU

Last but not least, the article suggests binding each interrupt to a different CPU. Networking card gets CPU4, USB3 adapter gets CPU5, etc. Why bother limiting the CPUs that our kernel can choose? What if a program locks that specific CPU for a long period of time? The kernel wouldn’t be able to assign the IRQ to a different CPU to avoid slowdowns.

While I like those tweak compilations as much as the next guy, I always tend to make sure I completely understand what each tweak is doing and double check them to see how they apply to my particular system and use case. Moreover, if there exists a dedicated tool for a certain purpose (like irqbalance for this matter), one should first consider using it, otherwise its existence wouldn’t be justified.

This article’s purpose is by no means to offend or condemn u/blaumedia who wrote the original article, it is meant to raise awareness to why users must consider their situation and understand what they’re doing. For more information please see the original article post at https://my-take-on.tech/2020/01/12/setting-irq-cpu-affinities-to-improve-performance-on-the-odroid-xu4/. 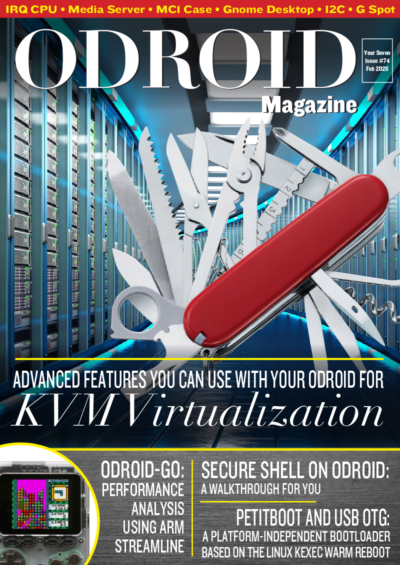