In this guide we will show you how to repair Q1 on your ODROID-N2. The original article was taken from the Hardkernel wiki page available here: https://wiki.odroid.com/odroid-n2/hardware/repairs

Over-currents, even for a short duration, can cause progressive damage to a MOSFET, often with little noticeable temperature rise before failure. MOSFETs often carry a high peak-current rating, but these ratings typically assume peak currents only lasting 300 µsec or so. And cumulative over-current may cause damage.

Failure to function -- due to failure

As shown below, the load switch does not supply the VCC3V3 node due to damage and its power supply is not supplied, so booting to the eMMC, USB, Ethernet and IO pin etc. does not work.

Step 1. Basically, you could see the Q1 damaged by its appearance as shown in figure 3.

Step 2. To easily detach Q1, you should add a little solder on the pad of Q1.

Step 4. Remove the rest of the solder on the pad. Use a solder wick for solder removal.

Step 5. Use SMD tweezers and soldering the new Q1 into place.

We hope that this guide helped you with repairing your ODROID-N2. After replacing Q1 (P-CH FET), your USB, Ethernet, Expansion Connector 3.3V power, and eMMC booting should work perfectly. 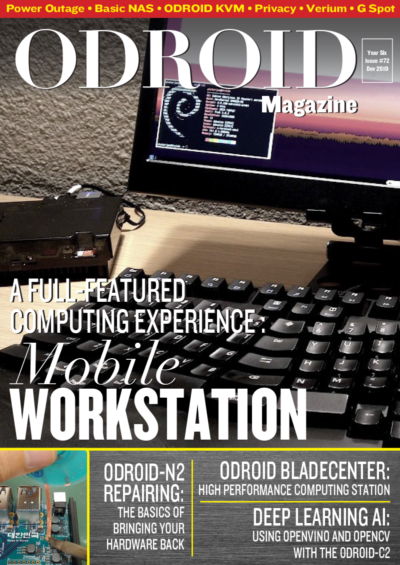